Shoegaze is one of the most difficult genres for mastering because it is all about texture, melodies don't mean anything if they are not put in context with the song's texture, there are bands like Cocteau Twins that intentionally make lyrics a bit difficult to understand by ear, in this post I want to show how I tackled the master for a Shoegaze / Noise Pop record. This one was taken from my archives from 2015. 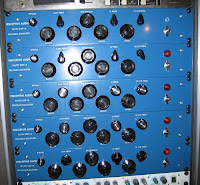 Here is the original mix in mp3


Here is the original mix in Wav


OK, first of all I had to balance some frequencies because the client likes to use a lot of vintage gear along his mixes, Pultecs, analog tape, tubes and vintage instruments. All of that equipment add a lot of energy in the low-mid range. I felt a very clean EQ was needed so I used the Algorithmix Orange mastering EQ, which works wonders although is a Windows-based processor

This is how it ended up sounding after balancing frequencies, notice the overall volume drop. As you can see, in mastering, not everything is increasing volume.


When I listened to evaluate if it was going to need any more harmonics, I felt that the low-end was a bit loose so to tighten up I went out of the box, to the analog domain and used the Anamod ATS1 and then used the Tube Ultraflex from Behringer which is a harmonics exciter that I modified with new tubes and a modification to the surround function to make it much more precise for mastering applications. 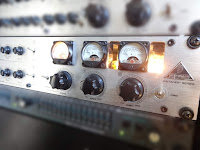 Check out how it sounds after harmonics treatment, the sound is much more vivid and clear plus, it gained a healthy amount of volume.


Well, this was also very tricky since, as I said before, the whole point of Shoegaze is texture and given that, the transients of the drums get buried under the whole wall of sound. I gave it a little push-up with some upward compression, but not too much, just to get a little more dynamics from the bass drum and snare drum.
The combo I used was some parallel compression in the digital domain from the Weiss DS1 to get that upward compression and for the downward part I used one of my all-time favorites, the API-2500, which is an absolute beauty of simplicity and power from the analog domain 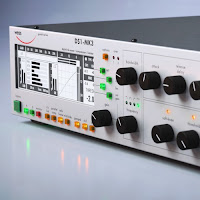 Check it out, the whole sound gets very strong and is rounded up with the analog tone and character of the API

Back to the digital domain for this one because it had to be crystal clear and I noticed a little unbalance from the MS perspective, the stereo component was too present so I used the K-Stereo (the Algorithmix-Windows version which I feel more precise) to get some of the original depth. I had to be extra careful because at the end of the song, many elements with reverbs come to the front of the mix and if I pushed to much the K-Stereo in that part you would ended up listening a mess. Also, the K-Stereo has a very reliable MS matrix that allowed me to correct the unbalance I mentioned before.

Listen to the song after this stage, notice that the sound is bigger but not louder, it is also deeper and tighter.


After 3 analog stages (tape saturation, harmonics exciter and compression) it wasn't much left to do and very little more loudness to get so I went to the DMG Limitless which is very transparent, the only difficult part for this was the manual release time but in the end, it was worth it.

Here's the mastered song in mp3

Here is the mastered song in Wav

This is the time and attention I put in EVERY single song that arrives here for mastering, if you think my work dedication and taste for sound are what your music needs, send it over, no matter your city or country. 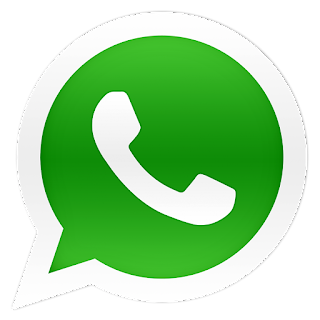