The great majority of independent artists are convinced that the main goal is to get an album done and then sell it in CD or through streaming services... the problem is that to release an album, single or EP is only the first step. 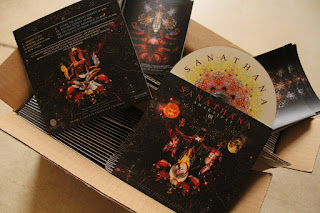 A few years ago, a pop singer asked me for help to put his record on digital platforms, I did so and then he disappeared for almost 10 months just to then call me asking how much money he had earned from sales and streams. Of course he didn't sell a song, not even a single stream
, let alone the album, and I asked: Dude, have you ever seen the amount of work that mainstream artists put after they release an album? Kings of Leon, Lady Gaga, Arctic Monkeys, Metallica, Rhianna, U2, Ed Sheeran, Bruno Mars... each and every one of them literally bust their asses doing interviews, signing autographs going to TV shows, hell, some of them even attend conventions or play in malls, almost all of them for free.

It's not that you or your band will be asked for an interview in TV or with an influencer in Youtube but there is plenty you can do to promote your music.

Go outside your friends and family circle, chances are they don't share your musical taste so to expect they will enjoy your music is not exactly wise. You need to go out and play live, but you need to bust your ass off in every show, you need to sound not good but amazing, you need to leave the audience hungry for more, your act must be a real show but be careful, nobody likes show-offs and starlings, while they appreciate attitude in your stage presence, don't be too cocky. 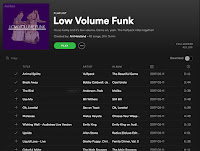 Streaming services are a very powerful tool because you can make playlists and share interesting collections of songs that people keep playing on and on. The trick is to create a playlist with cool and known songs that are related to your music, add a song of yours and let it be part of the everyday playlist for people who fancy your musical style, you may get a lot of attention if your song is good enough. Please avoid putting more than two of your songs in the same playlist and be prepared to be skipped, if that happens it means that people are not liking your music and guess what, they are entitled to, so...

If people are not liking it, it's very important to know why, it may be because the song is not good enough, maybe it is boring, it could be too long, or it could be good but the sound is bad, if you recorded with cheap instruments, the resulting sound will be small and if your song is among a bunch of mainstream songs, believe me, a small sound will be very noticeable, a bad sound could also be due to a poor mastering. It also can be because of poor execution. Please try to consult with a producer before even getting into the recording studio, he or she will let you know what might actually work.


Do not engage into arguments

Haters gonna hate, so you will run into asses all the time, specially in social media, some of them will envy the sole fact that you did a record and they didn't, some of them are just internet trolls. Whatever the case, do not engage in an argument with them, don't try to make a point, don't try to convince them, it's a waste of time and you will only end up making your band look bad, I know, these people are annoying but you'll have to move on and let them hate alone. 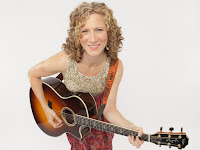 Weeks ago, a pop-rock band posted that they would be releasing an album and a friend of mine asked for a link to some single, he was interested in their image to sign them for his label, the guy who posted it replied with bold sarcasm, pointing out that the link was there in plain sight, my friend just kept scrolling and the band let go a good chance to make a record deal just for being rude. Don't forget that your are selling your music and you need to be extra polite, don't be rude to people, even if they ask something that seems too stupid, you never know who you are talking to.

Again, you are selling something, that means you are asking people to give you their money and as everyone else does, you need to give free samples to get them to know your brand and product, the only difference is that your brand is your band or artistic name and your product is your music. My advice is that you put your music everywhere if not the whole album you have to at least give one song for free, forget about streaming services paying for plays and focus on people playing your music at all.


Be aware that the chances your music has to succeed are far lower than the chances it has to fail. You have to accept that scenario and if that's the case you'll need to learn and adapt, first of all by knowing that if it fails it doesn't directly mean that you suck at being a musician. Maybe you have the ideas but the songs don't develop throughout the end, maybe your sound wasn't good enough, maybe your concept is outdated and so on. Being open to the fact that you could be wrong is one of the healthiest things you can do, take for example the legendary band Pantera, they were a glam act and as much as their playing was really badass, they had to turn around their spandex, hair-sprayed looks and embrace a more metal attitude to succeed.

Posted by Noise Mastering Studio® at 11:57 AM